The Eugendorf Town Band has existed since 1872. When planning a flag dedication ceremony for the local veterans society back then, the decision was made to add some musical color. A school teacher and choir director at that time, Wilhelm Mayrwieser, got together a group of skilled Eugendorf musicians to perform marches and concert music befitting the occasion. By and by, they were joined by more and more musicians from neighboring communities.
Just a little later, however, the big ensemble split up into smaller bands – “die Gschirn-Musi” and the “Metzgerbauern-Musi”, the later rechristening itself “Veteranenmusik Eugendorf-Hallwang”. Upon the occasion of the 80th anniversary, they then officially redesignated themselves a “Trachtenmusikkapelle”. 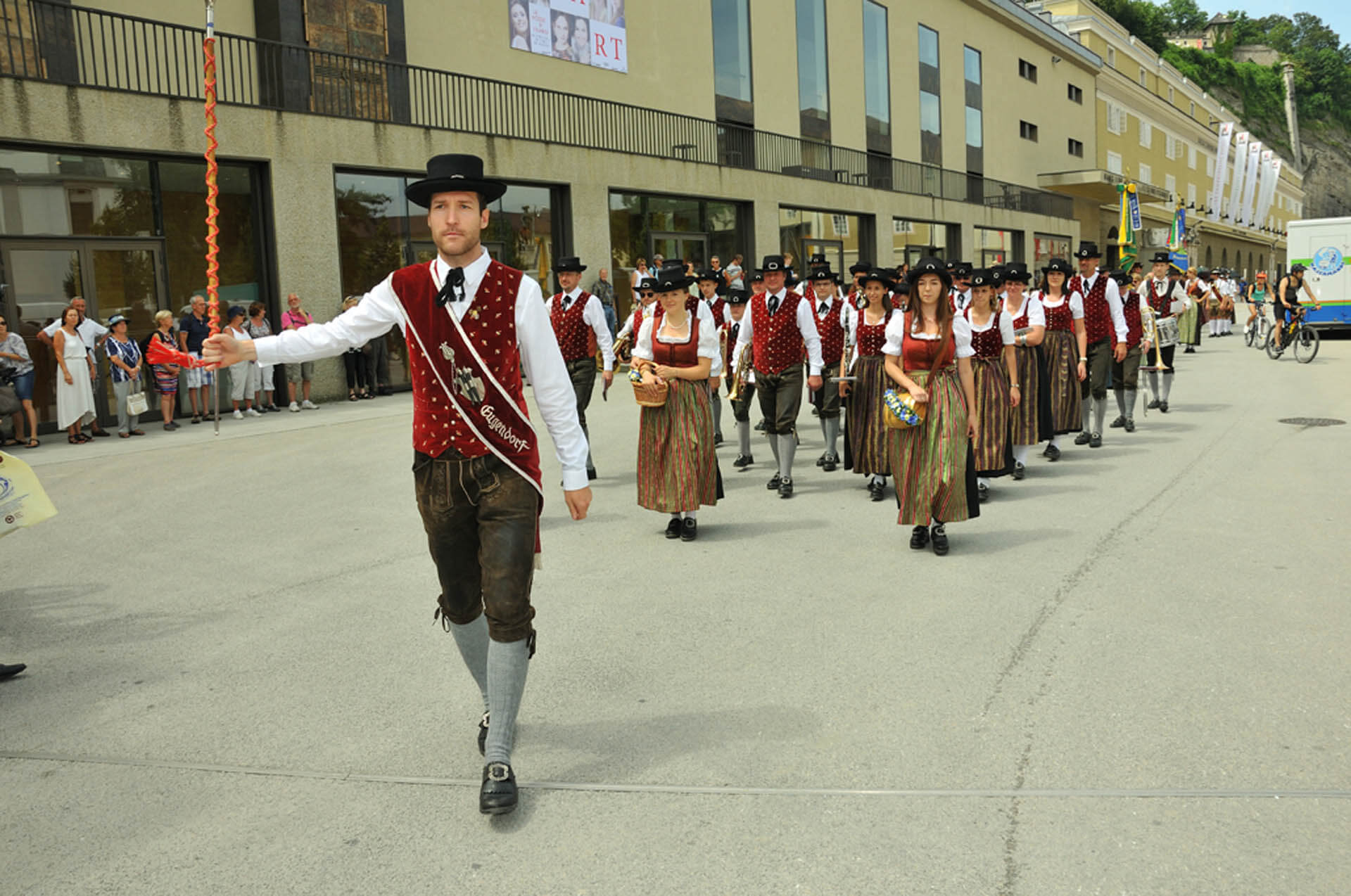 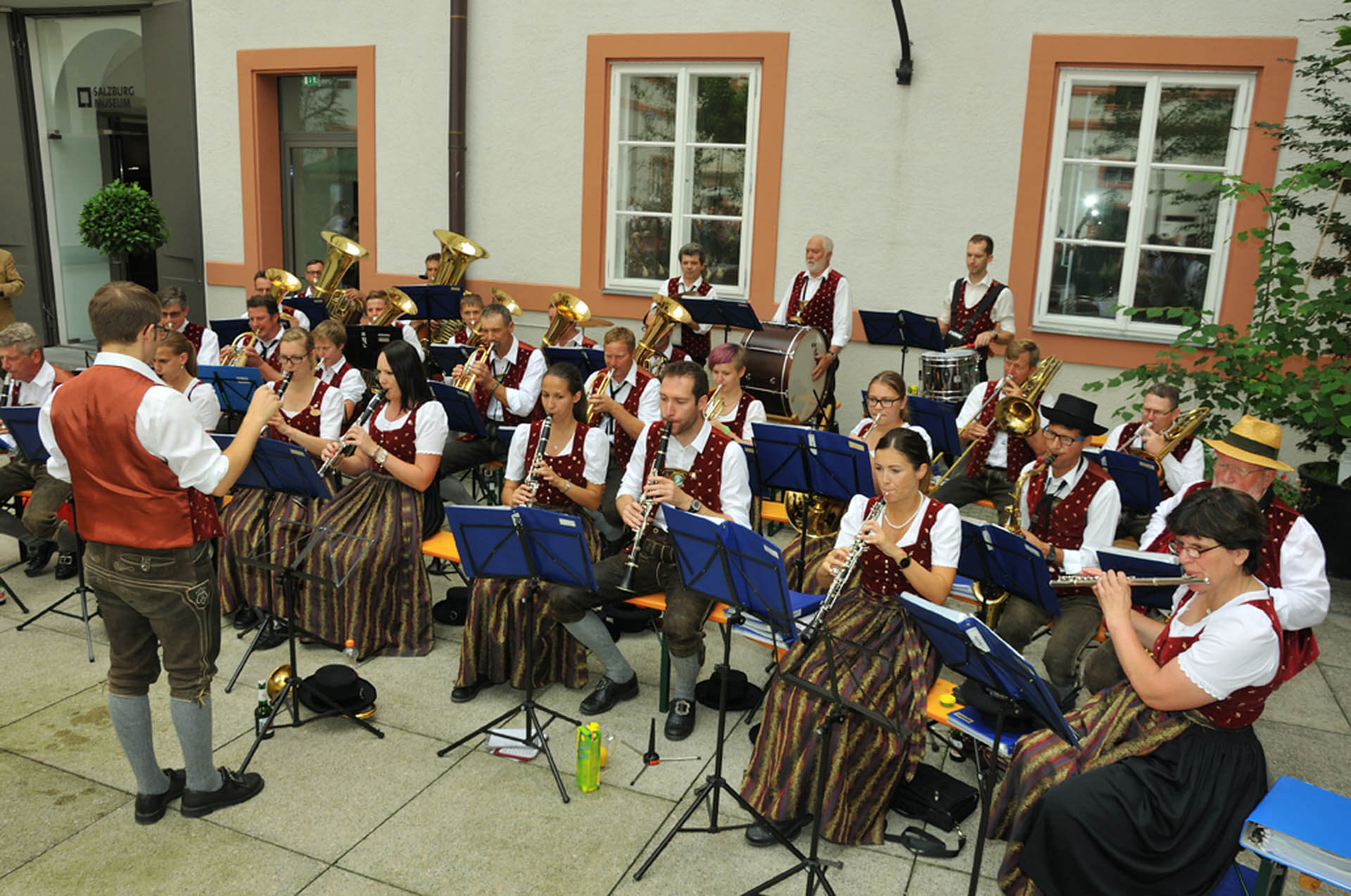 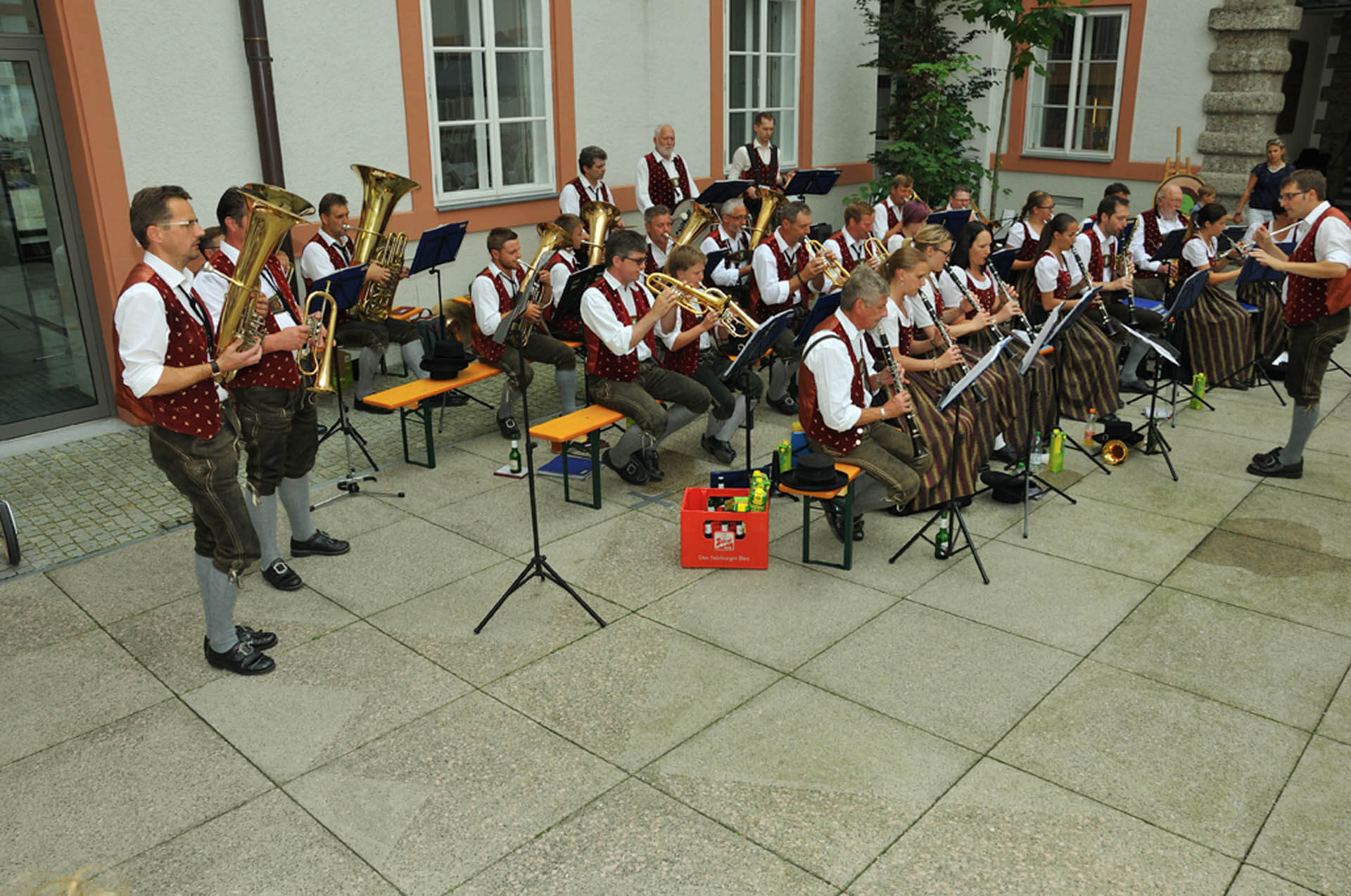